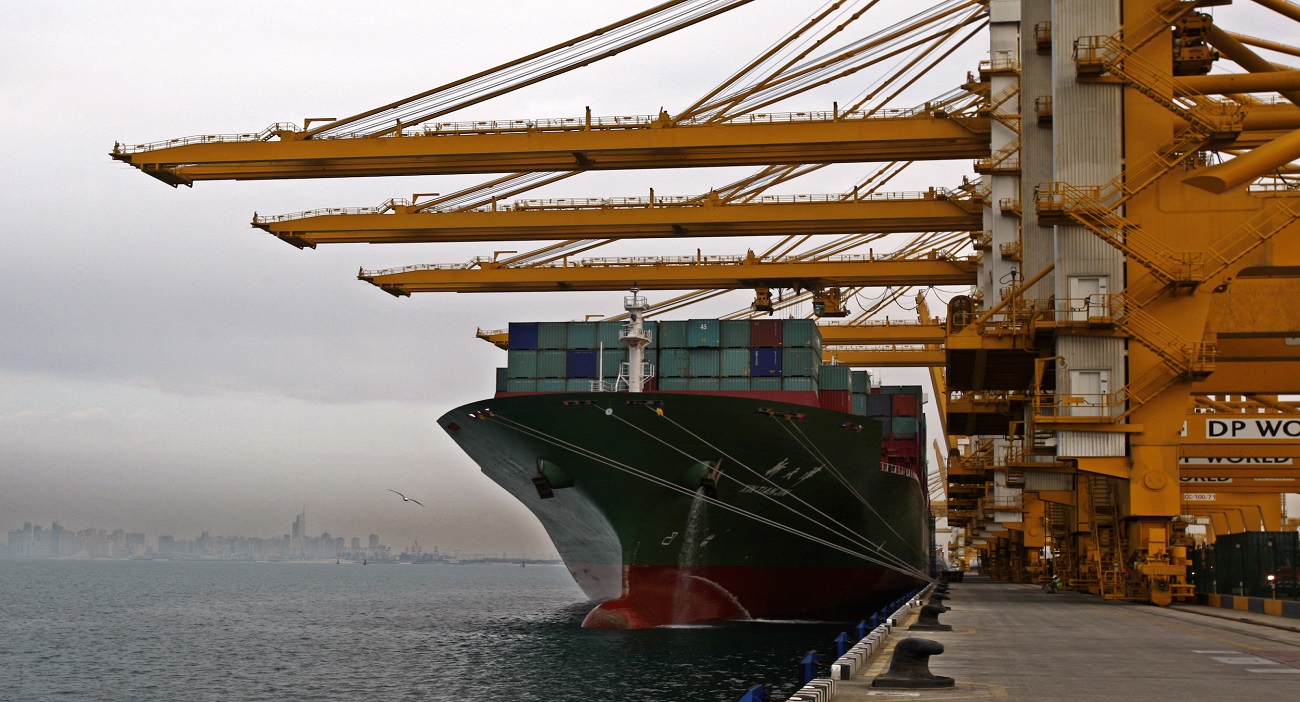 Posted at 15:15h in Business by admin 0 Comments
0 Likes
Share

This exhibition has formulated captivating discussions and showcased strong leadership, both major factors which will surely assist in increasing the country’s global maritime stock, and enhance the jobs encompassed by its shipping landscape,” said H.E Dr. Abdullah Belhaif Al Nuaimi, the UAE Minister of Infrastructure Development and the Chairman of Federal Transport Authority for Land and Maritime.

“Dubai’s infrastructure heavily relies on its accommodation of over 13,000 maritime and investment activities which are directly resulting in more than 76,000 job opportunities,” he added.

Indeed, with the UAE and Saudi Arabia both rolling out massive investments in logistics infrastructure and projects to diversify their national economies, executives that Logistics Middle East spoke to at the event ranged from cautiously optimistic to effervescent about the years to come.

“There’s a boom coming in the next five years that will give the industry a lot of support, and lead to greater investment in this sector,” said Mohammad Jaber, regional director, project logistics, Middle East and Africa, Agility.

“Saudi Arabia and the UAE are the two biggest energy markets, followed by Oman, Kuwait and Bahrain and there’s US $3.2-trillion being invested in this sector, which makes it very attractive for foreign investment and will help the regional economic outlook,” he added.

According to Jaber, the energy sector is a priority in the region now as there is high demand for not only more energy output, but also diversification of that output. “For instance, renewables are a hot topic now and big renewable energy projects require specialist breakbulk operators,” he said.

Grant Wattman, president and CEO, Agility Project Logistics, agreed, pointing out that the renewables sector in the region has been growing steadily. “Around 9% of all renewable energy in the region is created by the Mohammed bin Rashid Al Maktoum Solar Park, but in Saudi Arabia the Layla Solar Power Plant is now operational and there are 60 more projects that have been announced in the rest of the GCC,” he said.

“There are wind and solar projects that require major breakbulk operations. Agility has been specializing our solutions and services to better cater to this sector,” said Wattman. “We have new material handling equipment that is able to handle the 67-meter plates and its more than 30% more efficient in terms of time and cost than the traditional way of doing it.”

Efficiency was a hot topic during the event. It came up repeatedly in conversations that Logistics Middle East had with exhibitors.

“Breakbulk Middle East enables us to gain a deeper understanding of the latest industry developments and share knowledge with our partners as we strive to develop innovative new services and solutions that answer the evolving needs of our customers,” said Ahmed Al-Ghaith, President of Bahri Logistics.

“We have always been an industry leader when it comes to technology and innovation, and events like these help us to identify fresh ways to enhance our offerings and drive greater efficiency for our stakeholders,” he added.

Likewise, Eyad Arafah, general manager, assets management, Almajdouie Logistics Company, said that technology was one of the primary means by which the company was looking to achieve greater efficiencies.

“There are a lot of challenges at the moment in terms of the lower prices being demanded by the market and the increase in competition due to the slowdown in activity over the last year or two,” he told Logistics Middle East. “We’ve overcome these challenges by regimen tally controlling our costs, by working more efficiently and bringing down our operating costs.”

“We’re doing this by implementing technology to automate some of our processes and thereby reduce the amount of manpower needed for certain tasks. Automation is a big focus for us going forward,” he added.

Mohammad Jaber, regional director, project logistics, Middle East and Africa, Agility, touched on the same topic, when he said that while demand had returned to the market, there was a trend of shrinking margins.

“The volume is there, but clients want the same service at a lower cost, so we need to provide that,” he said. “We have to provide efficiencies, because this is the future, through digitalisation and virtual reality. We started this year with double tailing in Saudia Arabia and that reduced costs by 15%.”

Agility’s first double tailing MHE arrived in the region in Abu Dhabi at the end of last year, it’s able to handle the long and awkwardly shaped project cargoes that are inherent to the sector, such as wind turbines.

“There are wind and solar projects that require major breakbulk operations,” says Grant Wattman, president and CEO, Agility Project Logistics. “Agility has been specialising our solutions and services to better cater to this sector. We have new material handling equipment that is able to handle the 67-metre plates and its more than 30% more efficient in terms of time and cost than the traditional way of doing it.”

Saudi Arabia’s recent announcement of a package of investments in its logistics and industry markets worth AED 97-billion was also a key talking point during the event. “Saudi Arabia’s Vision 2030 initiatives and the investments that it’s making in infrastructure and logistics is extremely promising. We are one of the leaders in this business, especially in Saudi Arabia, so we expect to get a large chunk of the business to be had as a result of that uptick in activity,” said Eyad Arafah, general manager, assets management, Almajdouie Logistics Company.

“There’s definitely a boom coming in the next few years, with Saudi Arabia’s investments, and Dubai’s preparations for Expo 2020, the outlook is very promising,” he added.

DP World was another of the exhibitors at the event that was preparing for a significant increase in breakbulk traffic as a result of the Vision 2030 initiatives and EXPO 2020 Dubai.

“DP World has already laid the groundwork to ensure Jebel Ali Port is capable of handling the increased throughput as we near Expo 2020 in accordance with our role as a Premiere Global Trade Partner,” said Mohammed Al Muallem, CEO & managing director, DP World, UAE Region. “Through our Parks and Zones like Jebel Ali Free Zone, we have the necessary support services and solutions in place to help new players quickly establish their businesses and focus exclusively on growth.”